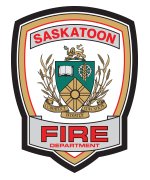 
The Saskatoon Police Service Major Crime Section has confirmed that the body of a deceased person located after a fire and explosion in the 2200 block of Clarence Avenue South is that of a 59 year-old male resident of the home; his identity is not being released. Investigators do not believe foul play is involved.


The Saskatoon Police Service, along with the Saskatoon Fire Dept. are working to determine what caused an explosion at a home in the 2200 Block of Clarence Ave.  It has been determined that one person was killed in the incident. At this point no further information as far as age and gender is available.  Investigators from the SPS  Major Crime Section and the Forensic Identification Section are on scene along with personnel from Saskatoon Fire Department and  the Saskatchewan Coroner's Office.  Investigators will be working in an effort to determine cause and circumstances related to the explosion.  Due to the extensive scene it may be some time before further updates can be provided.  More information will be released by the SPS Major Crime Section as it becomes available.

The Saskatoon Police Service and Saskatoon Fire Department are currently on the scene of a house fire in the 2200blk Clarence Ave.

On June 19, 2021, at 3:58 a.m., two patrol officers noticed a house on fire in the 2200blk of Clarence Ave. As the officers approached the house, an explosion could be heard which then started fires at two adjacent properties. Residence in the area have been evacuated from their homes until the fire is under control.

At this time, there are no injuries reported. Police are asking the public to avoid the area to allow emergency services to have access.

Further update will be provided once traffic restrictions are lifted.