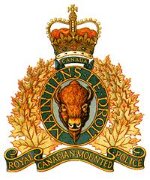 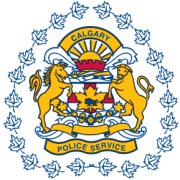 The Saskatoon Integrated Crime Reduction Team and the SPS Drug Unit, in partnership with the Calgary Police Service Guns and Gangs Unit, in an inter-provincial joint investigation, have concluded a nine month investigation regarding a sophisticated drug network.

The offences, are in relation to Organized Crime, Trafficking in Cocaine, Methamphetamine and Fentanyl and Possession of Proceeds of Crime and took place in both Saskatoon and Calgary over a six week period in the spring of 2021.

The project was deemed Project Octane in Saskatoon and included partners within the Saskatoon Police Service and the RCMP F Division.

On April 8th, 2021, five search warrants were issued in Saskatoon in relation to Project Octane at residences in the 100 block of Fast Crescent, the 200 block of Willis Crescent, the 1100 block of College Drive, the 300 block of 5th Avenue North, and a hotel room in the 400 block of 2nd Avenue South.

The investigation yielded the following significant evidentiary seizures in Saskatoon:

In July of 2021 the group were charged in Saskatoon as follows:

Japjee Minhas was additional charged with:

During the investigation the Calgary Police Service executed 23 Search Warrants in Alberta, between April of 2020 and May 2021. This resulted in 73 charges being laid against nine people, in a time period leading up to November 2021 (more on that can be found on the CPS website). Names and details of these charges were not released until now, to avoid compromising the investigation.

Integrated Crime Reduction Teams are comprised of RCMP and Municipal police officers, which are funded through the Ministry of Justice, Corrections and Policing.