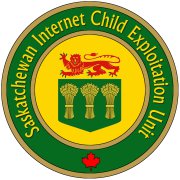 The Saskatchewan Internet Child Exploitation (ICE) Unit has charged a North Battleford man with luring and related offences. Members of the ICE Unit began an investigation regarding an adult male who was attempting to meet with a 12 year old female for a sexual purpose.

The offences occurred between January 11, 2023 and January 15, 2023. On January 19th, members of the ICE Unit executed a search warrant at a residence in North Battleford where electronic devices were examined and seized.

As a result of police investigation, Joseph FARNELL 44 years, was charged on January 19th. He has been charged with:

FARNELL was released on numerous conditions and court appearance is March 13, 2023